Grassroots Labour Women (GLW) is a diverse group of experienced left-wing activists standing together for the Labour Party Women’s Committee to ensure a socialist, feminist and democratic Labour Women’s Organisation. Nominations (and delegate applications for the conference) are to be submitted by CLPs by 12 noon on Monday 10 May but can also be agreed by Women’s Branches where they are officially recognised.

The five Grassroots Labour Women candidates are: Ekua Bayunu, Mandy Clare, Tricia Duncan, Pamela Fitzpatrick and Chloe Hopkins. We urge CLPs to support Momentum’s Solma Ahmed for their sixth place, and we hope that there will be close co-operation amongst the left at this critical time.

I am a Black, working class, socialist feminist from Manchester; standing as part of Grassroots Labour Women for election to the Women’s Committee. I have a proven track record of community activism AND working through the Labour Party to bring about a fairer society. I’m an advocate of membership-led democracy, and believe we have to defend the advances made during the Democracy Review.

I am active in Branch and CLP, and was Secretary of the Manchester Labour Women’s Forum (5CLPs), before stepping down to campaign as a Manchester City councillor candidate.

I am a spokesperson for the Labour Black Socialist’s Campaign for an Actively Antiracist Labour Party.

A member of Socialist Health Association, Greater Manchester Tenants Union and Unite the Union, I support issues that affect all women including mental health; housing and food poverty. As part of a women artist’s collective, I use art to engage local people and communities.

I believe that the Women’s Committee will empower all female members and promise to serve with passion, compassion, a willingness to listen and the ability to put words into action.

As a low income single mum with a disability, I have much insight and helpful experience to contribute to this role. The challenges of the past year have been unprecedented, with a disproportionate burden carried by women. As a councillor in Cheshire West, I am ‘Leader’s Champion’ for Poverty and Inequality, setting out a vision for building a more inclusive recovery; pushing this through council as the Poverty Emergency initiative.

Visibility of low income working class women is vitally important for politics to feel relevant to disenfranchised groups. If elected, I would work to reach out as broadly as possible, particularly to the quietest groups of women with least political influence. I would aim to be as approachable as possible, providing regular updates, celebrating successes and debating respectfully to resolve differences.

I am committed to building a more democratic Party and rebuilding a vibrant, inclusive women’s organisation, whilst supporting self-organised equalities structures in other areas. I defend CLPs’ rights to political discussion and oppose unfair suspensions of activists. We must defend policy that works in the interests of the many not the few. 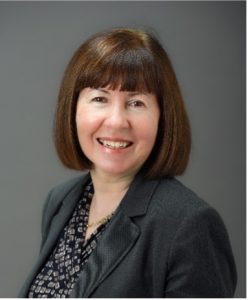 My many years of experience in the Labour movement make me an ideal representative.

For years, I was a member of the Educational Institute of Scotland (EIS) Equalities Committee and sought to ensure women’s voice was heard and that all forms of discrimination are eradicated. I was the first EIS member to take on a role supporting Learning Representatives around Scotland and promoted the leadership of women.  As Vice Convener of the General Teaching Council for Scotland (GTCS) and Vice Chairperson of the EIS I worked to ensure women’s voices were heard.

I am a lifelong activist, former Women’s Officer and am Chairperson of Perth CLP, working hard on election campaigning. Additionally, in 2018 on election as Vice Chair of Scottish Policy Forum, I was able to focus on developing policy.

I am proud to be supported by Grassroots Labour Women and look forward to supporting women in CLPs. Vote Tricia Duncan, a strong voice.

I am a proud trade unionist, and solid socialist standing as part of Grassroots Labour Women for the Women’s Committee.

Across every sphere the impact of COVID-19 is exacerbated for women who are more likely to earn less and hold insecure jobs. As the pandemic deepens gender-based violence is increasing exponentially with many women forced to lockdown with their abusers.

The class struggle and the fight against sexism are one and the same. Our aim as women must be to advance the struggle of the labour movement against capitalism and to free ourselves from the backward ideas and divisive tactics that the ruling class impose on us.

There are some on the left who despair at the current situation and think we are living far away from socialism. Yet what we are seeing is the death, not of socialism, but of centre-ground, establishment politics. Whilst that old world is dying a new one, based on need not profit, is struggling to be born.

We must answer the concerns of working-class people and put an end to this rotten system once and for all.

As COVID-19 further entrenches the gender gap, and the escalating climate emergency disproportionately affects women, some of the biggest issues facing us today are feminist issues. The Labour Party must respond with feminist policies made democratically by our membership.

The role of the NWC should include working to decentralise power in the party as recommended in the Democracy Review. It’s no good only having a few women at the top getting a say, so one of my priorities is to support CLPs in establishing equalities branches. I would work closely with our trade union sisters on the NWC to support policy based on women’s struggles across our communities and workplaces.

My feminism is inclusive, international and intersectional, supporting our sisters around the world fighting for justice. We must acknowledge that many women face additional barriers through racism, transphobia, lesbophobia, biphobia, ableism, classism and other forms of discrimination. I will always fight for Labour policies that support all women.

Within Labour I have campaigned on women’s issues as a candidate in 2019, sitting as a town councillor, making the case within the party through motions to my CLP, or serving as a delegate to Women’s Conference.

Collins Review: Miliband successfully digs himself out of hole. Labour remains in hole