This was first published on Left Futures 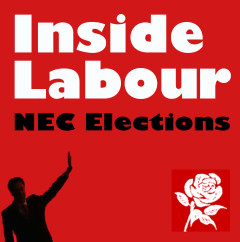 The results of the elections for constituency party (CLP) representatives on Labour’s national executive were a triumph for the Centre Left Grassroots Alliance (CLGA) slate which won 55% of the popular vote and four out of six places on a 14% swing to the left from right-wing and independent candidates, on a 15% higher poll. It is the best result for the Left since the mid-1980s.

Independent candidate Johanna Baxter slipped one place to sixth position in the CLP section and was elected by fewer than 1,000 votes over Campaign for Labour Party Democracy secretary, Peter Willsman. She did receive the backing of the right-wing party-within-a-party Progress and the even more shadowy Labour First (neither of which she had sought – see her comment below) but it is possible that she suffered as a consequence of their backing. Her voting share rose slightly but this is explained by the reduction in the number of candidates rather than any swing in her favour.

Trade union lawyer, Ellie Reeves, was the only Labour First-backed candidate to be elected — both Progress-backed candidates trailed badly reflecting the low level of grassroots support for the Blairite faction. Ellie Reeves will have benefitted from some trade union and centre-left support (she is married to left-wing MP, John Cryer) and probably for the lack of support of Progress who only reluctantly agreed to back her (even though they did eventually support independent Baxter as well as her two fellow Labour First candidates).

The Left last won four out of six places in 2006 although this was with only 46% of the vote (fewer than in 2012 when it won 47% but only three places).  Even in 1998 when the Left also won four places with the support of a Guardian editorial (on 10 August 1998) calling for “a vote for Labour diversity” and describing the CLGA slater as “proudly off-message”, it still received only 47% of the vote.

Every single member of the CLGA slate, all of whom stood in 2012, can be pleased with their result. Kate Osamor, having won 6.6% of the vote in 2012 when she stood for the first time, increased her share by 2.5%. Christine Shawcroft, one of the longest serving members of the NEC although the only one denied her turn as chair of the party, against whom there was an organised attempt this year to prevent her getting the backing of her own CLP to prevent her standing, saw her voting share increase by 1.2%. Darren Williams, secretary of Welsh Labour Grassroots, Cardiff city councillor and an official of civil service union, PCS, saw his share rise to 6.6% leaving him well positioned to win a place in a future election.

The full CLP votes were as follows:

In the election for the two councillor places amongst Labour councillors the results were:

The left’s net gain of two places is some consolation for the loss of Dennis Skinner, who was knocked off as a representative of the parliamentary party last month following evidence of some interference by party staff working in the Leader’s office. All party staff, including those in the Leader’s office, have now been warned by general secretary Iain McNicol not to interfere in any party elections.

Congratulations to all those elected, and thanks to all those who campaigning in their localities for centre-left candidates. Commiserations especially to Peter Willsman and Darren Williams for not being elected in spite of their excellent results and increased voting share.