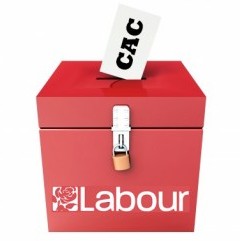 As Jon Lansman previously reported here, there is clear evidence that full time Labour party officials in most of the country (including Yorkshire, the East Midlands and the eastern region, Scotland and the South West) interfered in the elections to the conference arrangements committee (CAC) and national constitutional committee (NCC) at Labour’s conference in Brighton. It stretches credibility to think that these examples are uncoordinated.

This interference was in direct contravention of the NEC’s Code of Conduct which states “Labour party staff employed by the NEC shall not canvass on behalf of any candidate.” As one delegate said to me: “It is like going to the polling station and the officials telling you to vote Conservative.” It is also worth recording that Katy Clark and I had many more nominations from CLPs than the two whips – the results announced were in reverse order from the nominations received.

Under general secretaries like Jim Mortimer and Larry Whitty, the Code of Conduct was scrupulously observed. But under New Labour, there persistent reports from delegates about officials interfering in elections, although most were intimidated and too concerned about the repercussions to be willing to make  formal complaints and submit witness statements.

I have been told by former officials that CLP delegates were first graded on the basis of their assumed impressionability. Then one official in each region was given the job of encouraging the most likely delegates to vote the “right” way. And they would encourage CLP delegates to vote for the four trade union contemporary motions in order to stop the CLPs selecting four separate issues for debate in the four selected by the unions. The officials seem to believe that they were above the law. The powers that be were unable, or unwilling, to do anything about this disgraceful situation.

I have also been told that where CLPs were not sending delegates, party officials identified those with “friendly” MPs. They then issued those MPs with voting papers and advised them to vote the “right” way.

Under Ed Miliband and Iain McNicol, we expected things to be different, on the basis that neither of them would ever support such behaviour. Indeed Iain sent a memo to all staff reminding them of the NEC’s code of conduct and warning of the serious consequences if it was breached. Sadly, Iain’s missive seems to have had limited effect. There are still too many relics left over from the ancien regime of New Labour, who have the warped view that the “ends justify the means”. It is not in Falkirk or in the unions where Ed will find machine politics.

Party members do not want to be in an organisation where paid officials whose wages members pay are subverting internal democracy. All decent members want to see these degrading practices ended and not again brushed under the carpet. Party members believe that cheats should not be allowed to prosper.

I am the only member in the party’s history to have been elected to all four of our party’s national committees. On behalf of all decent party members, I intend to do my utmost to stamp out these undemocratic abuses and remove this stain from our party. I expect widespread support in this endeavour.

We have appealed for delegates to come forward with any relevant information, and some have done so. I would now ask all party members to approach anyone from their CLP who attended conference in Brighton to do so. However, what is really required is is a full independent inquiry which approaches all delegates to discover whether they were approached by any party officials in connection with these or any other votes and, if so, what was said and by whom.

In today’s Labour party, where there is widespread vetting of candidates for all public offices, party officials who are not accountable to members at a local or regional level, are seen as having influence over these procedures and personal reputations. Only an independently conducted inquiry can provide the confidence and reassurance to delegates who are currently understandably reluctant to come forward with evidence because they are concerned about the possible repercussions on their own involvement in the party.

May 2019 CAC Report by Seema Chandwani